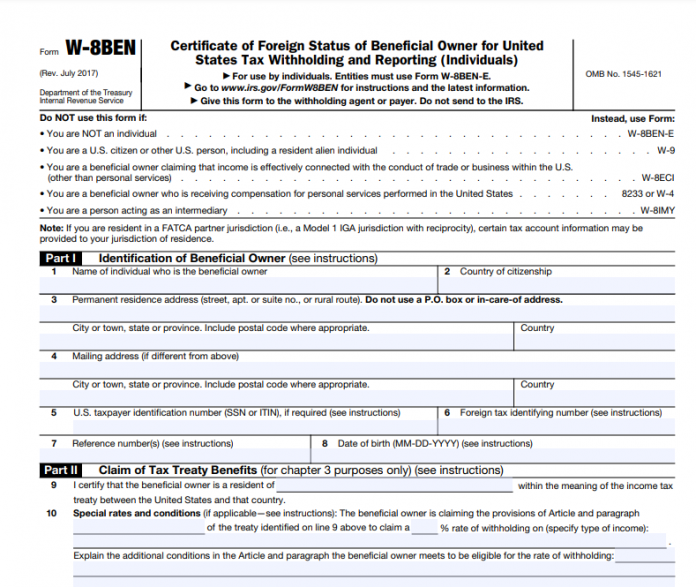 Google has announced in March 2021, the mandatory requirement for Youtube Vloggers around the world, to submit their tax information through their Google Adsense account. The deadline for submission was on May 31, 2021, and Google may have started withholding U.S. taxes in June 2021, for earnings generated from viewers in the United States, no matter where the Youtuber is located in the world.

If you live in the Philippines and your Youtube Channel is making money from your viewers living in the United States, Google will automatically deduct and withhold your taxes, up to 30% from your gross U.S. income. Under Chapter 3 of the U.S. Internal Revenue Code, Google is mandated by the U.S. Internal Revenue Service to collect tax information from all Youtube Content Creators from outside the U.S., who are generating income from their Youtube videos from viewers living in the United States.

Google may have begun withholding U.S. taxes on earnings, Youtube vloggers generated from viewers in the U.S. as early as June 2021. Please submit your U.S. tax info in AdSense as soon as possible. If your tax info isn’t provided as of May 31, 2021, Google may be required to deduct up to 24% of your total earnings worldwide. Aside from collecting tax information from the Youtuber, included in this mandate is to withhold/deduct taxes based on the gross income generated from U.S. viewers.

How Tax Information is Collected by Google from Youtube Vloggers Outside The U.S.

If you are a Youtube Vlogger, whether you are earning from your Youtube Videos or not, as long as your Youtube Channel is monetized, and if you are living outside the United States, you are required by Google to submit your Tax Information. A series of questions are being asked to determine the proper tax form that you are required to submit. For non-U.S. residents like Youtube bloggers in the Philippines who don’t own a business and filing taxes individually, the form to select is form W-8BEN, and W-8BEN-E for Business Owners.

What Happens If The Tax Information Is Not Submitted By The Youtube Vlogger On or Before The Deadline May 31, 2021?

If the Youtube Vlogger living outside the United States failed to submit the Tax Information by May 31, 2021, Google is required by law to presume Youtube Channel owner is living in the United States and will deduct taxes from income in all countries, and tax rate will be based on the U.S. tax rate which is up to 24% from the gross revenue instead of basing the rate from the country of the Youtuber after applying for the Tax Treaty between the United States and the Philippines. Usually, Google Adsense will deduct taxes based on Youtube video views from U.S. only, but if you fail to submit the tax form by May 31, 2021, you will be taxed from your worldwide viewers.

Why Is Tax Treaty Between The U.S. & Philippines Very Important To Youtube Vloggers With Monetized Channel?

Tax Treaty between the U.S. and the Philippines is very important for Youtubers because this treaty will reduce the tax rate that the Youtuber will assess from 30% down to 15% only. It is a huge drop from the taxable income.

Google Adsense may ask Youtubers to re-submit tax info every three years. Google will send you an email and post a notification on the Google Adsense dashboard if you are required to do so.

You can follow the instructions below to submit your U.S. tax info to Google. Note that you may be asked